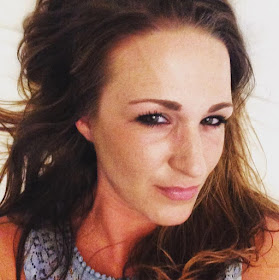 I've always worried that I was a little different to other girls. When friends who'd been single for a while would moan they were 'lonely', I would sympathetically nod my head in female type solidarity, but inside I was usually thinking - why have I never felt lonely? Because there's no shame in feeling lonely. It's a normal, reasonable and expected part of single life. Yet I never do. I've missed individual people. I've even wanted ex's back. But I've never felt 'lonely'. I don't know why. I guess I've just always enjoyed my own company. So much so I often crave it. Almost all my boyfriends have been workaholics and I often actually seek that out in potential partners.

Since Ava's Dad I've had a few flings. Short lived affairs that never really lasted more than a few months. And I've never met anyone I enthusiastically wanted to settle down with. Tinder dates have rarely made it past the first and I've only actually managed to force myself to go on two proper dates this year. I did briefly start to see a very nice chap this summer, but it ended after a few short weeks due to a combination of conflicting personalities and the fact he got sick of the fact that I was never prepared to make any time to see him. Which is fair enough.

This time of year does make me miss have someone around though. Maybe I just miss having someone to cuddle now the colder mornings have set in. Or perhaps it's that cosy feeling I've always loved of having someone to call on the dark drive home from work every evening...

"You pick up the wine, I will nip to Morrisons for the potatoes"
"What time do you need to be up tomorrow?"
"Let's squeeze in three episodes of such & such before bed tonight".

I miss those drive home conversations if I'm honest. They always made me feel so warm & cosy inside. I miss having someone to take the bins out because oh my god do I miss having someone to take the bins out. I miss having someone to top my wine glass up when I'm laying in the bath or to put a towel on the radiator for me when I forget to take one in (I run through my flat freezing and naked far too often). I miss cuddles on the sofa and having someone to adjust my PJ bottoms at the ankles when they are annoying me (tell me I'm not the only one who does this?). I miss waiting until someone goes to the toilet during marathon box set sessions then asking them to get you something from the kitchen cause you're just too damn lazy to do it yourself. I miss having someone to cook for because truthfully I know I'm a cracking cook and I like compliments. I definitely miss having someone to do odd little DIY jobs for me around the flat. I miss those random drunken school nights where you end up staying up way too late together, drinking too much wine and talking the hind legs off a donkey because you just still get on that well and genuinely still enjoy each others company. I miss waking up groggy together the next morning, going to work, then spending the rest of the day texting to check how each other is feeling.

What don't I miss? I don't miss the constant temptation that only a male metabolism produces when they insist on eating sweeties in front of you every bloody week night. My willpower is so much better when I'm alone. I don't miss people correctly guessing what's going to happen 20 minutes into a film and then ruining the entire movie for me. I don't miss not being able to eat the things I love because I really can't be bothered making two different dinners and I don't miss the bits where you fight. Or the bits where they make you cry (I'm a crier so this happens to me a lot in relationships). I don't miss feeling insecure over something stupid or worrying because one of the girls in his office looks like a supermodel. I don't miss when they forget stuff that was really important to you, when they drive you crazy or when they just keep forgetting to put the toilet seat down.

I don't love being single. Nor do I hate being in a relationship. I've just never been one of those girls who spends half her life mentally organising her wedding despite not actually having a groom. Or who constantly worries that her life is slipping away from her and she's going to end up on the shelf. Obviously it crosses my mind occasionally that I had hoped to be in a more settled, serious relationship with more children by now. But I'm a big believer that if you wish your life away then it will actually happen. I don't stress about that stuff because what's the point? I believe it's counter-productive.

And deep down I know the right stuff will happen at the right time for all of us anyway.